Magic mushrooms, also known as the psilocybin, is similar to LSD or Lysergic acid diethylamide. They are a type of Psychedelics, a type of drugs that induces hallucinations in the user. Both are often compared to each other due to their similar effects. Both are a popular drug known for creating a wide range of sensory disturbances.

Psilocybin is a chemical compound that naturally occurs in some wild mushrooms and due to their hallucinogenic effects, they are known as “Magic Mushrooms” or Shrooms. People have known to experience deep spiritual experience which is one of the reasons why they’ve been referred to as magic mushrooms. The way it works on the brain is the reason why it is a banned drug, although they are now becoming decriminalized in some countries.

The easy availability of Magic mushrooms online is evident and shows how the trend is catching fast with the users. The number of users has gone up considerably in the last decade.

Magic mushrooms are often compared with LSD as they have very similar psychoactive effects. But there are some subtle differences between them which makes shrooms not only different but also better than LSD drugs, according to some users.

One of the key differences between LSD and shrooms is that the latter is naturally occurring. LSD was invented in 1938 and is a synthetic drug. It was invented by Swiss scientist Albert Hoffman. It is a well-known fact that he went on a bike ride after taking the drug.

Magic mushrooms are a type of wild mushrooms that have naturally occurring psychedelic compound psilocybin in it. It is mostly found in regions like South America, United States, and Mexico. Unlike the synthetic drugs, the shrooms can be taken in natural form like eating them raw or brewing it into tea. You can buy magic mushrooms online in dried forms as well as capsules, edibles, and even tinctures.

LSD can mimic the biological effects of psychoactive fungus; it is often derived from making its structure similar to the psilocybin found in mushrooms. Unlike shrooms, LSD is taken as blotters or as a liquid.

Magic mushrooms can last from 4 to 6 hours while the LSD can last from 6 to 20 hours. This happens due to the way both the drugs react with the receptors in the body. Both have chemicals that create a bond with the brain’s serotonin receptors.

When LSD enters the body, the sympathetic nervous system gets stimulated. This results in a rise in blood-sugar level, temperature, and causes pupillary dilation. All these things make the body confuse LSD with serotonin. It sends it to the brain where the LSD molecules bond with the serotonin receptor proteins. This then leads to the breakdown of the visual cortex and information carrying regions, which leads to complex hallucinations.

When the psilocybin present in shrooms enters the body, it reaches the brain via blood. Like the LSD, it too bonds with the serotonin receptors. It makes the visual cortex more susceptible to visual signals. This causes hallucinations but the effect is delayed for at least 15 minutes as the body has to first process it.

Both are Future Antidepressants But…

In 2017, FDA approved a research study on the effects of magic mushrooms as an antidepressant. No such thing has been planned for LSD even though both have the potential of working as an effective antidepressant. Evidence from studies have shown that both the drugs have the capabilities of fighting the effects of addiction, anxiety, depression, OCD, and PTSD.

The difference between both of them is that magic mushroom is a state of dreaming while LSD makes the brain act like a child’s. LSD also increases symptoms of severe anxiety although the reasons are unknown.

It is a well-known fact that magic mushrooms cause higher states of consciousness which is why many people claim to have high spiritual experience.

The time seems to have arrived for magic mushrooms to get the recognition it deserves. It is a natural occurring compound and has more positive effects than LSD.

ShroomsXpress is your one-stop destination for buying the best quality magic mushrooms online. We have shrooms in dried, Edibles and Capsules form. We provide 100% natural and authentic shrooms and come from the best growers who use organic methods of growing. You can email us for more information – [email protected] 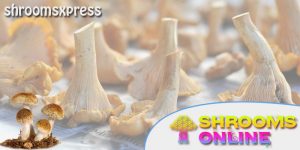 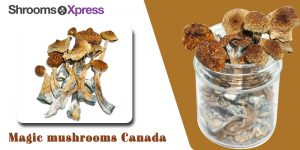 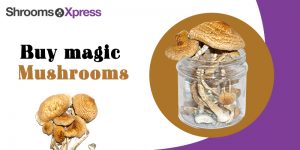 What do you know about the use of magic mushrooms for depression? 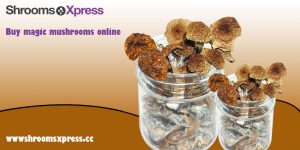